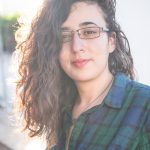 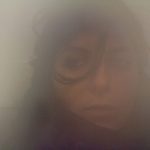 Mag.art ANNALISA CANNITO *1984 in Acqui Terme (I). Trans-disciplinary artist and political activist working on topics that deal with history politics, EU immigration policy, common goods, collective memories and art in public spaces. Her artistic investigations into the past and present impact of the relations between fascism and colonialism are exposed in different forms within the long term investigation “In the belly of fascism and colonialism”. She studied Semiotic at the Communication Science University of Bologna (Bachelor degree 2007) and Post Conceptual Art Practices at the Academy of Fine Arts Vienna (Marina Gržinić, master degree 2013). She has been awareded the Visual Arts Fellowship (10/2014 – 06/2015) at Künstlerhaus Büchsenhausen Innsbruck. The latest exhibition she has been participating to is the “A Hole in the Sea” (May 21 – August 21, 2016) at the Württembergischer Kunstverein Stuttgart. She is part of the Trans Cultural Dialogues (TCD) platform since 2012 and worked as main coordinator at the DJART’14 urban art festival and on EL MEDREB research. Currently living and working in Algiers (July 2016). http://www.nelventredelfascismo.noblogs.org 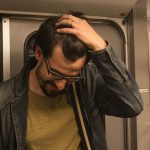 XAVIER DE LUCA (Barcelona, 1980) has focused his training in the field of contemporary art, photography and cultural management. Currently, he is the Chief Curator at Fundació Suñol and Founder and Director at JISER Reflexions Mediterrànies. He created in Tunisia in 2005, along with other artists, JISER Reflexions Mediterrànies, association that promotes artistic projects with as main objectives the mobility of young artists, encouraging the creation, sharing artistic proposals and initiatives and its dissemination in the Euro‐Mediterranean. This bond so close with Tunisia has allowed Xavier de Luca to perform a thorough analysis of the evolution of cultural policies in this country in recent years through various scientific publications and participation in various panel discussions, focusing the role played by certain movements and social and cultural initiatives in the process of political change being experienced by the country. Since 2012, JISER is actively collaborating in the platform Trans¬Cultural Dialogues, along with other associations and cultural workers of the Mediterranean. In November 2014, this platform organized the multidisciplinary festival DJART ’14 that took place in the city of Algiers. 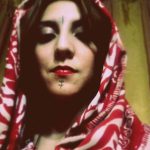 IKRAM HAMDI MANSOUR, a member of the collective transcultural dialogues, an architect-urban planner by background, this field has created in her a passion for the environment and human behaviour. Fully aware of the importance of sustainable development in the new contemporary stakes which led her to work as a coordinator on cultural projects that have an environmental dimension such as EL Medreb, Masar1 but also to strengthen her knowledge in ecological architecture by going working in India in an earthen architecture studio. Her obsessive desire for cultural development within her community made her involved in many associative activities, workshops, conferences in different countries around the world and in different fields: Architecture, art, culture and politics. 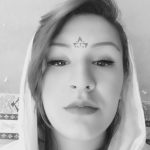